Boston Mentalist couple Antonina & David perform an extraordinary show of mind reading and telepathy. Their show has been described as “extremely interactive and mind-blowing”. It includes: revealing thoughts, future predictions and many unbelievable coincidences.

Based out of Boston, MA, this international mind reading couple has captivated many audiences around the country performing their show.

Not to mention, one of the highlights of the show is a telepathy act.  This act is rarely seen nowadays and is considered a unique performance art.  Moreover, It was originally a specialty act during the times of Vaudeville theater.

In addition to mentalism, Antonina and David also have theatrical training in improvisation, sketch and comedy.  Also, David is a nationally touring comedy hypnotist.

Also, these Boston mentalist entertainers regularly perform their stand-up show as well as a walk-around performances for college, corporate and private events.

Overall, what makes these multitalented performers’ show truly unique is that they not only entertain you, but also make you a part of the mind-blowing experience that is mentalism.

Previous
Next
“You blew the crowd out of the water! Everyone was so impressed!

Mercedes-Benz of Burliington
“Thanks for a great show, you were both amazing, our group is still talking about it days later.” 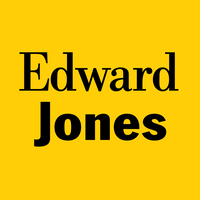 Edward Jones Financial
It was a great show, so exciting, funny and intriguing.